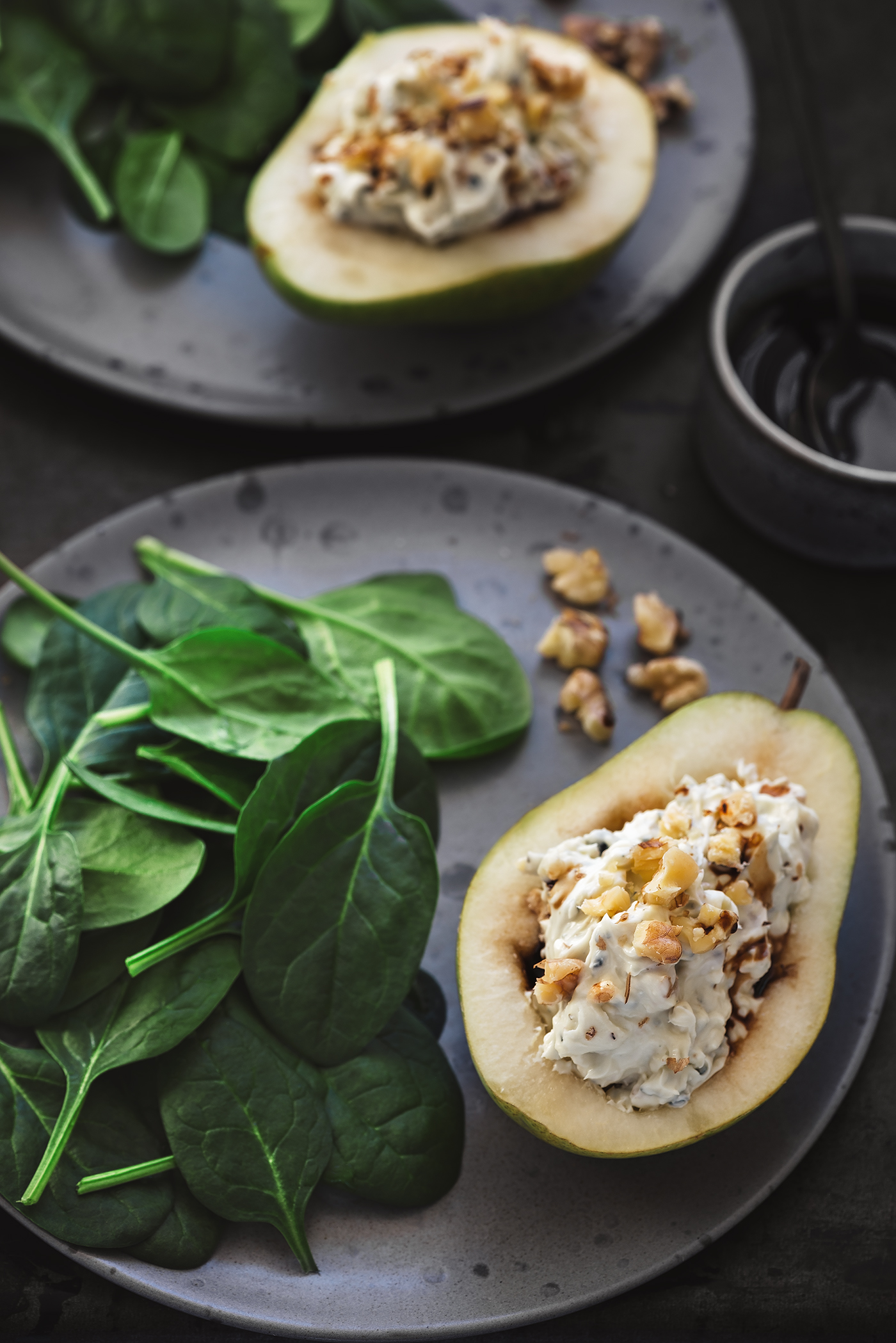 A very tasteful, elegant and easy to make appetizer consisting of pears filled with a mixture of Stilton (Britan’s best-known and favourite blue cheese) or a similar blue cheese, cream cheese and toasted walnuts.

Stilton is an English cheese made from pasteurised whole cows’ milk and considered one of the world’s finest. It is produce in two varieties: the Blue Stilton, which is very well known for its rich flavour and a creamy, crumbly texture and the White Stilton, which have a milder flavour but similar texture.

The ingredients below are for 2 servings, however this depends entirely on the size of the pears used. 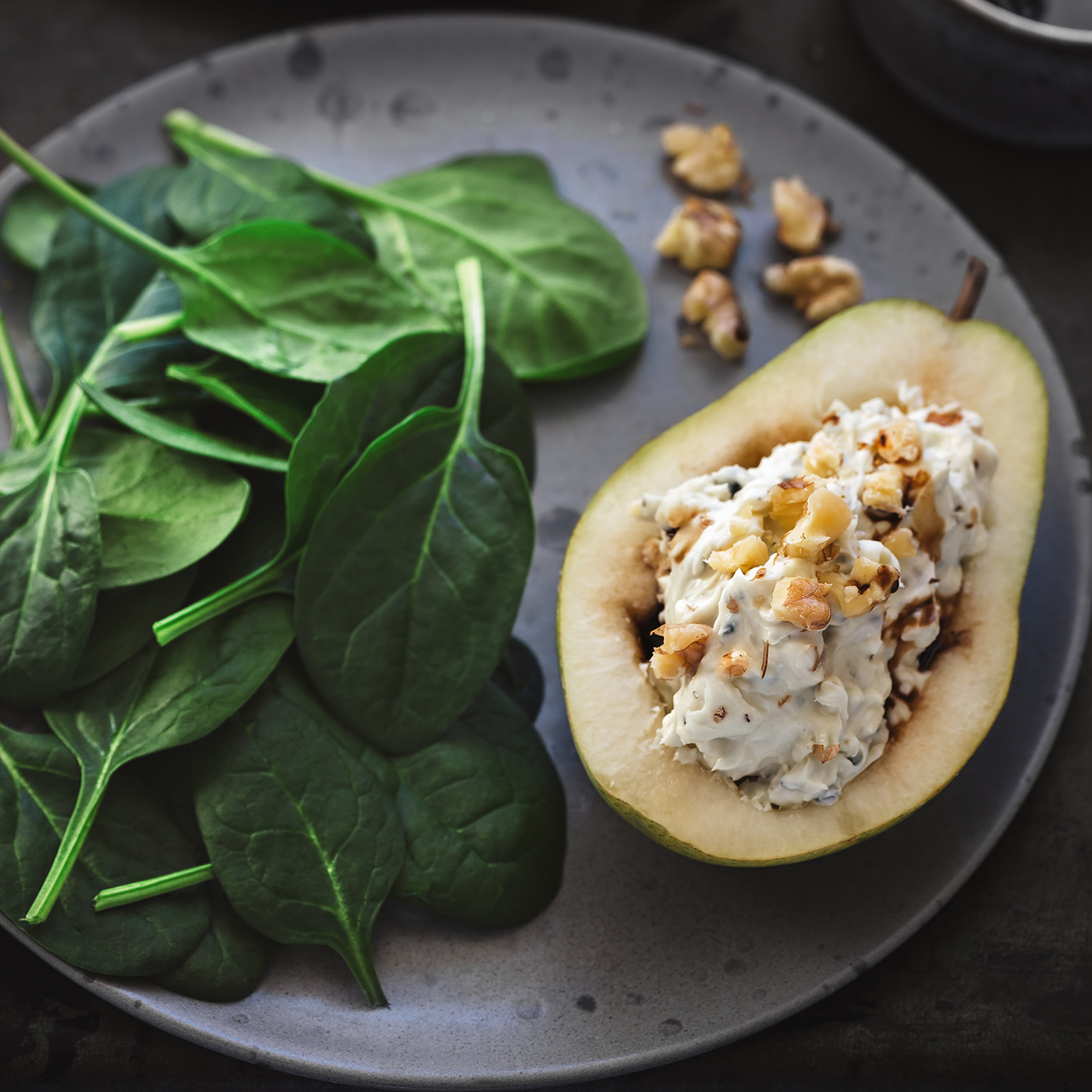 How to make Pears, Blue Cheese and toasted Walnuts: